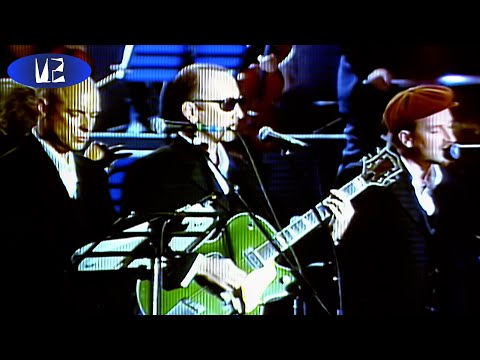 Hey, our system thinks you're a bot.

Carter, who shot the documentary in the Bosnian capital in the run up to U2's historic concert, is an accomplished film-maker and writer. It was in , working with an eccentric cabal of artists and activists - The Serious Road Trip - that he decided maybe U2 could help spotlight what was happening in the Balkans to their European tour audiences. Check out more about Bill's work here www.

Meantime, here's the first part of an in-depth interview with Bill, special to U2. How did you first come across U2? By that time I had been in Sarajevo for a few months, living in an abandoned building near the center of town. The idea to hook up to U2, which seemed like a logistical impossibility, came from a brief moment of me catching an interview with them on MTV. The bombing was heavy in those months and I had walked down to the television station to see a friend. The television station was one of the only places where electricity was constant and had satellite television.

Well, to be quite honest, from where I was sitting Europe, that very notion - a united Europe - seemed insane. Southern Europe was on fire. There were millions of Bosnian refugees on the move, hundreds of thousands dead throughout the Balkans and the city of Sarajevo was being strangled alive. And the worst part was that it was being beamed live via satellite all over Europe.

This is where the idea to get in touch with them began. It was as simple as me suddenly thinking, "Where are all the artists in this time of insanity? What were you doing in Sarajevo at the time?


I was delivering food for the Serious Road Trip. While they went back and forth to the coast to get more humanitarian food, Graeme Bint, one of it's leaders, and I stayed behind. We were busy filming friends we had made in the city. Mostly artists, musicians and people one doesn't normally see in times of war. This footage would later become the bulk of Miss Sarajevo Our building was hit dozens of times. That attack is the beginning of Miss Sarajevo.

It is also the time I was sure I had to leave that place, because no matter how much food we delivered it was never going to be enough. At that time, more than any other time I was there, I had completely forgotten about the outside world.

As if that world, that life, out there was some sort of dream. They were a gang of rogue humanitarian workers who were not sanctioned by the UN at the time, which means they did what they did without military escorts, without radios for help and without much money. Mostly they took the food no one else would take, either because it was too dangerous or they didn't have the trucks to drive through the interior of Bosnia, which is very mountainous.

I met up with the Serious Road Trip in Split, Croatia, which at the time was the epicenter of humanitarian efforts for Bosnia.